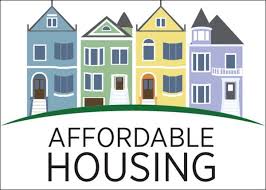 Housing affordability was a major issue even before the COVID-19 crisis and corresponding recession, but the current economic hardship has made it more salient.

Immediate support for people struggling makes sense now, but lawmakers should also consider long-term solutions to the problem of high rents, namely by expanding the supply of housing. Improving the tax treatment of apartment buildings could help with that: under current law, companies have to deduct investments in residential structures over 27.5 years. Thanks to inflation and the time value of money, this means firms can’t deduct the full value of their investment, raising the cost of construction and reducing investment.

A neutral cost recovery system (NCRS) adjusts the deductions a company would normally be allowed to take for an investment in a building or structure in order to maintain their value in real terms.

According to the Tax Foundation’s model, neutral cost recovery for residential structures (defined as assets with a 27.5-year MACRS cost recovery period) would in the long run increase United States’ capital stock by 1.67 percent. If we assume that increase translates to a 1.67 percent increase in the overall housing stock, NCRS would lead to the construction of around 2.33 million housing units in the long run.

How much NCRS would increase the housing stock varies by city, thanks to zoning and other land use regulations that prevent new construction. For certain coastal cities like San Francisco or Los Angeles, the impact on housing stock would be muted by these regulations, while cities with fewer regulatory barriers would see a greater impact.

NCRS would benefit housing affordability in several ways, mainly through expanding the overall housing stock. As we’ve seen in numerous cities, expanding the supply of housing, even market-rate housing, has slowed growth in rents, even reducing them in some cases. Over time, through the process of filtering, housing originally constructed for middle-income renters ages and becomes accessible to low-income renters.

More urgently, by lowering construction costs by about 11 percent, NCRS would also make viable in a private market some less expensive low-margin apartment projects that are not profitable, at least without the benefits of subsidies like the low-income housing tax credit (LIHTC) under current law. As a result, not only would more affordable housing projects be built in a private market, but funding those projects would have received from the LIHTC also could be freed up and spent to build more low-income housing elsewhere. Through this mechanism, NCRS could indirectly expand affordable housing.

However, it is difficult to estimate the exact magnitude of the impact on new affordable housing. If we assume that the 1.67 percent increase in housing stock is equal across different market types, we find that the affordable housing stock would increase by 82,400 units. There are two potential concerns with that estimate. First, it might overestimate because lowering construction costs by 11 percent will make only a fraction of affordable housing projects newly viable in the private market, and second it might underestimate because it does not take into account the additional subsidized housing the LIHTC will be able to build with freed-up cash.

The main difference between NCRS and the LIHTC is that the focus of NCRS is to expand the overall number of housing units, helping to lower rents across the board, while the LIHTC is focused on building below-market housing. NCRS’s ability to stimulate some new affordable housing is a secondary benefit of the policy. Conversely, the LIHTC is not efficient at expanding the housing supply: according to a paper from the Journal of Public Economics, each unit built by the LIHTC only expands the overall housing stock by one-third to one-half a unit, as those subsidized structures often crowd out private housing projects.

Difficulties of a Dollar for Dollar Comparison

The LIHTC and NCRS approach the problem of housing affordability in different ways—NCRS through increasing overall housing stock, and the LIHTC through focusing specifically on low-income housing. NCRS predominantly deals with improving housing affordability: reducing rents for middle-income and lower-middle-income renters in the private market, while the LIHTC helps people who cannot currently afford to participate in the private market. These policies complement each other—NCRS can expand the overall housing supply, lowering rents and incentivizing the construction of some more affordable housing along the way, which can make the LIHTC able to fund additional below-market rate projects.